*throws confetti* My Nejiten Flash bonanza! The grand huzzah! With loads of shirtless Neji and pirate Tenten! The flash trailer I made out of sweat and tears and love, because Nejiten is my OTP and this is my favoritest Naruto AU fic of all time. Enjoy. 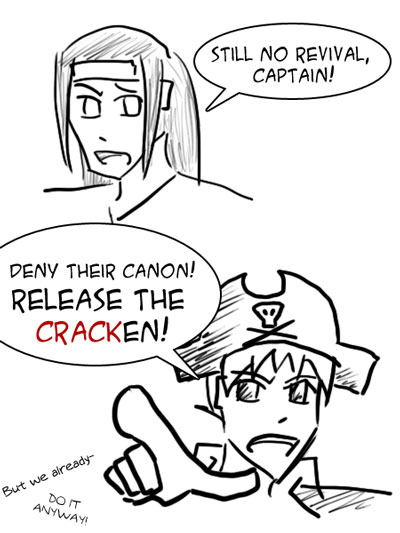 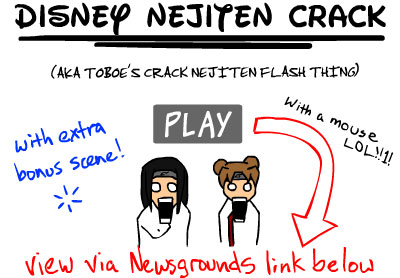 View at Newsgrounds | X-post on Deviantart

What's this? A NEW Disney crack Nejiten scene? Why of course! Because Nejiten is my OTP, and I show my love through lulz.

Neji will always be alive in our hearts 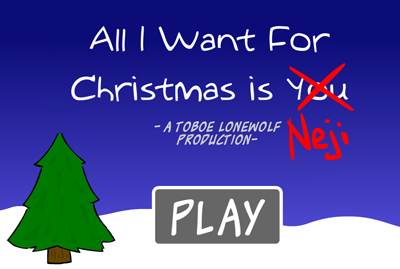 All I Want For Christmas Is Neji (to Deviantart) I believe this is from Ultimate Ninja Storm Revolution. Can someone confirm?
I know like 2 people still see this comm, but my NejTen muse has returned after all those months/years...

Hello, it is I, Sapphire Luna. As usual I am super late to the party. I was ignoring the manga while waiting for the anime to finish, but meanwhile I saw so many spoilers that yesterday I just went and read the last 40 chapters of the manga. I know there is a post about the ending already right below mine, but it's from 4 months ago, so bear with me, it's all new to me ^^; Besides, it's not like this lj is very busy these days...

At that scene where everyone stares at Neji's grave, Tenten and Lee are not even there. Did Gai survive?? We don't even see him! WTF Kishimoto! Tenten never expressed any sadness over Neji even at the end. What poor writing. Earlier in the manga, Tenten looks at Gai and Lee and thinks "ugh why did you leave me alone with those two?" And that's like...the worse reaction ever. Like the only reason she cares that Neji is gone is because now she has to deal with the idiots alone??

My only (small) highlight was when Tenten is stuck in Tsukuyomi and Neji is in her dream. Although even there, she only cares about Lee and Gai not being idiots. *sigh*

I'm an adult, I can deal with the fact that none of my ships came true. I accept all the ShikaTema, NaruHina, SaiIno, Choujixthat Cloud girl(dafuq?) and KibaxWhothehellwasthisgirl of this world. I would accept Tenten and Neji NOT being together if it meant that Neji was alive. Heck, if Neji married some random girl I'd be really disappointed but I would accept it because he'd be alive and we could still make up our stories. But now he's not there and only Hinata (mildly) cares.

You know, I would have been okay with Tenten and Lee ending up together. LeeTen has always been cute. I would have been satisfied with that. I know there's nothing to prove or disprove that they did not get together, but I was under the impression that they did not. Otherwise it would have been super obvious like it was with the others. While everyone is shown being married, having kids and being happy, Tenten is only shown being bored and alone and owning a business that doesn't work! Why does Tenten always get the short end of the stick? If only she had said something like "If only you were still here..." But NOPE! Nothing.

I can't shake the feeling that Neji died only to set up NaruHina. OR that he died only so Naruto had the correct number of friends when everyone was a tail of the Kyuubi for that one attack. (Remember that?) What if for 15 years of Naruto, Tenten never actually cared all that much about Neji??

Tenten's design looks really cool in The Last. I wonder how Neji's design looks... OH WAIT HE'S DEAD!!! I haven't seen The Last yet (where can I see it?) but I'm sure Tenten appears for just 30 seconds and nobody mentions Neji except maybe Hinata for one second...

In my head, Neji and Tenten got together in the Road to Ninja universe! Sure Neji is a pervert but it's still Neji. And since Tenten is so clumsy, they must have really interesting sex.

It looks like Naruto - or is it Boruto now? - will continue in some form. But none of it is worth it if Neji is dead and Tenten is forgotten!! WHY DID YOU HAVE TO DIE NEJI?? I've never been so upset over the death of a fictional character! If only it had been done well!! Help me, nejiten community!!

Now if you'll excuse me, I'm gonna go watch a marathon of Lee's Springtime of Youth. It's the canon Naruto! The superior Naruto! AT LEAST WE'LL ALWAYS HAVE SPRINGTIME OF YOUTH! THEY CAN NEVER TAKE IT FROM US!! Enjoy the current Chuunin Exam filler in the anime, cause it's the last Team Gai filler we'll ever see!

I leave you with this parting gift. It's the full version of Twinkle Twinkle, the first ending theme of Springtime of Youth, the best opening of Naruto history because dancing Neji is adorable. It shall be Team Gai's anthem for all eternity. 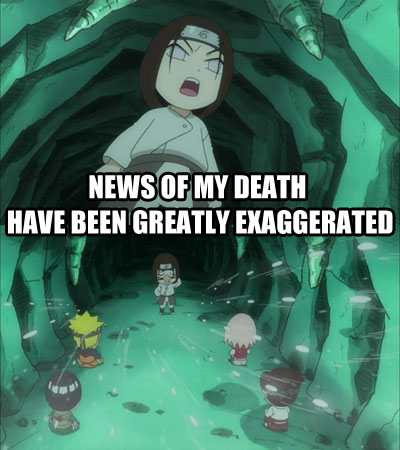 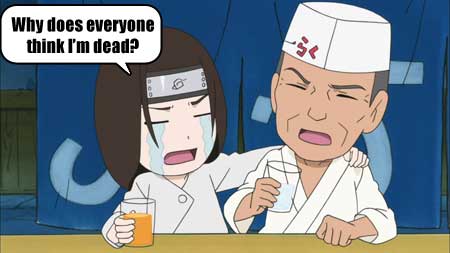 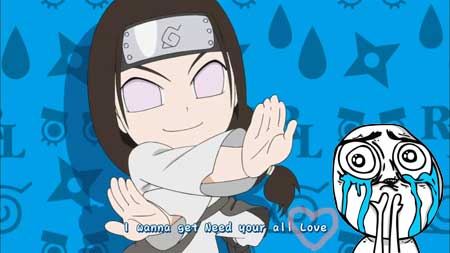 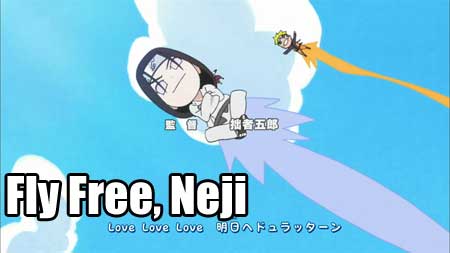 Just would like to inform that my NejiTen Family Story II is updated :3

Updated: Chapter VI: Choice
Chapter Words: 3,618
Total words: 22,000+
Pairings: NejiTen, SasuSaku, NaruHina
Summary: A marriage in the past brought disaster to the future. Could a family withstand the blame the whole village accused them over the bond they have created?

"If they are our children, they will be perfect no matter what their eye colors are."

So between my final assignment and NejiTen fanfic writing, I decided to compile this small FST album. I can't upload the songs to the net for various reasons, but I scourged our lovely internet for the songs instead.
And I am too untalented to make cover as well. I apologize for that (haha).

This FST may properly reflect my denial of what happen in the manga as well (lol). You may say this FST is about meeting-being together-parting-never giving up.